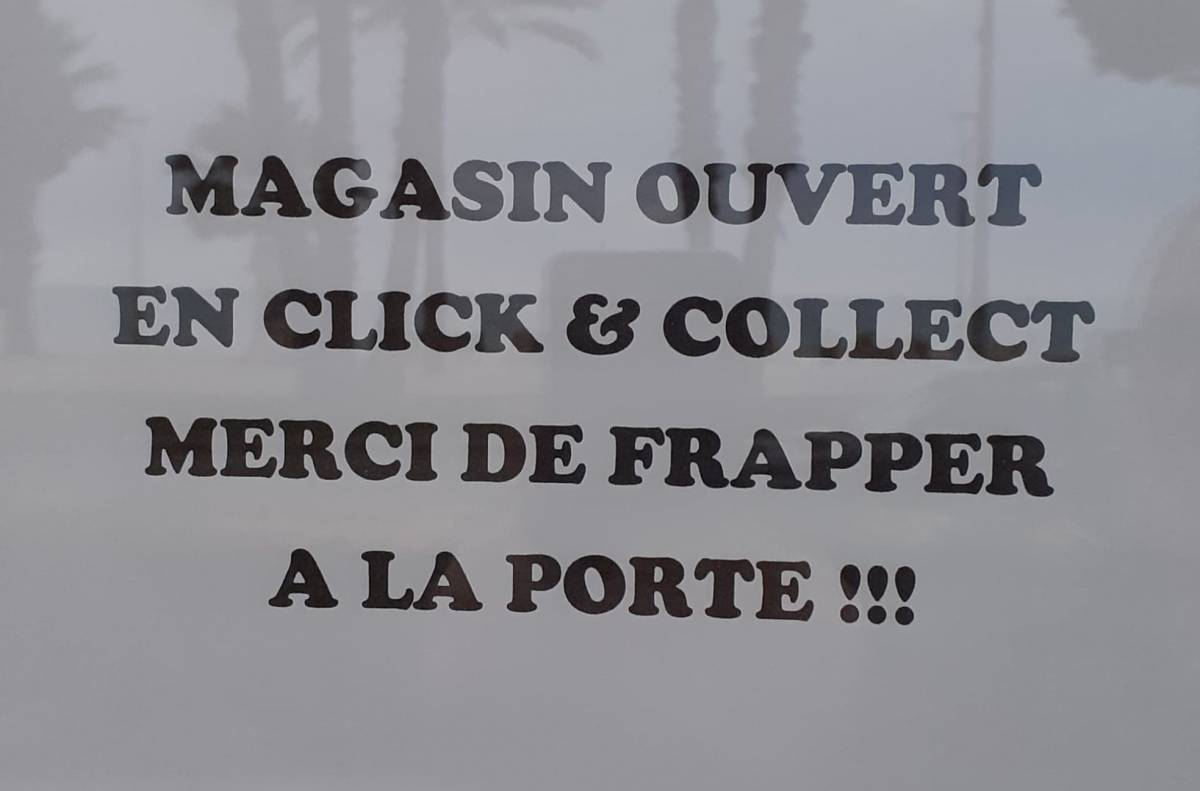 Throughout the Riviera and the rest of France, some shop owners and city mayors look upset by this October 30th 2020 curfew order in France. Under this new law, anyone in France must stay at home except for a few listed reasons such as to pick-up an order.

Reading the text, shops are not exactly closed but forbiden to let anyone in except to withdrow an order. So if you do so, it's best to carry a self-authorization form and a printed receipt or confirmation of the order.

But, we've heard many restaurant and shop owners telling us that the police has told them many other restrictions and readings of the law that we have not find in the many official texts we have read.

A protest all over France on November 14th.

In these past very few hours, many "groups" on social networks have risen. Shop owners call for a street protest on november 14th in many cities of France including on the Riviera. If the curfew law doesn't prohibit protests, it's up to the Préfets (local governors, not elected but named by the Government in Paris)

Some mayors published order to shops to open.
Here on the Riviera, Mr. Luca, mayor of Villeneuve-Loubet has been the first to do so. The order says that this forclosure creates an inequality between small shops and large grocery stores that sell also non-food items and this is againt the law that must be the same for all.

A justice battle is to be expected between mayors and government. Each city order will have to be sued by Préfets. The juge will have to make a choice between the Law and the Constitution against the curfew executive order and the supreme court decision of July 11th. That day, the supreme court said the "the right for health" found in the former constitution of 1946 could be used to rule over any other rights. Well in the same sentence, at equal level, there's the right to access culture.